Rosacea, What it is and How it Can it be Treated Rosacea, Before and After Treatment

Rosacea is the flushing of the face that affects nearly 16 million people in the United States. More women seem to be affected than men, but it is more severe in men.

The flushing or blushing is when the small blood vessels in the face dilate and are referred to as telangiectasia. There are many famous people who suffer from rosacea including, Prince William, Cameron Diaz, and Renee Zellweger. In addition to the redness with repeated episodes, tiny pimples similar to teenage pimples may form. In more severe cases, some people may get what is known as rhinophyma, where the nose becomes red and bulbous like W.C. Fields.

Rosacea is benign, and the exact cause is unknown. There are triggers that can bring on episodes and some that can be avoided; such as, spicy foods, smoking, sun exposure, changes in humidity, exercise, some cosmetics, alcohol, and stress. Stress may be the biggest factor in bringing on an episode of rosacea. Alcohol does not cause rosacea but can exacerbate it.

Dr. Miguel Delgado, M.D. explains that treating rosacea early can help contain it and prevent it from getting worse. Treatment needs to be tailored to each individual patient as the signs and symptoms of rosacea vary. It can’t be prevented but avoiding triggers can limit the episodes. Sometimes the skin can remain clear for months or even years only to erupt again.

PALOMAR ICON LASER MAY BE THE ANSWER

Call today (415) 898-4161 for an appointment with Dr. Delgado to receive an evaluation of your skin and learn what treatment options are available for you! 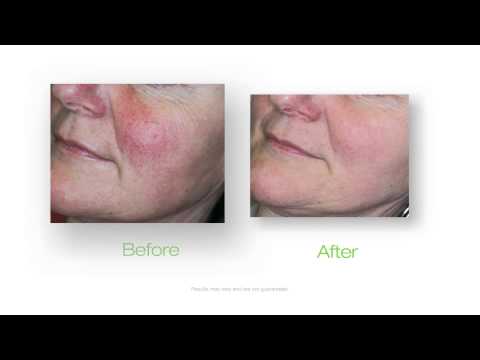